Of all grapevine varieties growing in Štajerska Slovenia, Sauvignon is the one that suits Ptuj most, and not only because it yields exceptional wine. Its distinctive features can be described as young and mature, open and mysterious, all at the same time. Just like the city which builds up its vitality from the cultural creativity and performance based on stories of a millennial history.

Salon Sauvignon Ptuj 2019 is held in the prestigious and charismatic Dominican monastery. In order to get to know the world through the Sauvignon grapevine variety, the tasting is accompanied by a Štajerska cuisine with a cosmopolitan touch. Celebrating the prime artistic and art-historical heritage, the Salon honourably opens the summer festival season in Ptuj.

The sort Sauvignon came from wine region Sancerre in France, however Ptuj in Slovenian Styria became its country of adoption. From generation to generation and through the centuries, the groundwork of this precious sort was developing along with advancement of viticulture and viniculture in Ptuj.

Slovenia has been many times recognized as a mother country of vine and in this sense the most prominent town in Slovenian Styria is Ptuj, especially owing to its outstanding historical heritage and millennial tradition of wine culture.

The beginning of Ptuj’s long history goes back to the early Neolithic period. In the late Iron Age the area was settled by Celtic tribes that later established the Kingdom of Noricum. In all probability the Celts already planted vine and enjoyed wine whereas Roman colonists started to plant it in a larger extent in the beginning of AD.

The Roman name of the town was mentioned in written historical sources in connection with the important events spanning from 69 AD when a military gathering in Poetovio led to Vespasian’s proclamation as Roman emperor and up to mention of political activity of grandfather of the last Western Roman emperor Romulus who was deposed in 476 AD. Around 103 AD the town got civilian administration and the status of a colony with the name of Colonia Ulpia Traiana Poetovio that reached its greatest extent in the 2nd and 3rd century. The significance of antique Poetovio in terms of a modern global metropolis could be compared to a present-day London.

From the 9th century and up to 1555 the town was the possession of the Salzburg archdiocese. Later Ptuj became the imperial-royal town belonging to the sovereign prince.

In the Middle Ages, the monks of the Minorite and Dominican monasteries started to develop wine culture and wine trade on a larger scale in Ptuj area. They were excellent wine-growers and cellarers. The Minorite monastery was founded around 1239. It was primarily sustained by vast vineyards in Haloze, so they built a large wine cellar below the monastery in the easternmost part of the town.

There are many magnificent wine cellars preserved below Ptuj houses, as wine trade was one of the most important sources of income to town-dwellers.

The Statute of Ptuj from 1376 bears witness of the significance of wine in the period. The Statute mentioned wine in no less than seven articles that are treating wine trade, wine measures, opening hours of wine shops and protection of Ptuj dwellers from foreign wine traders. The Statute was revised in 1513 and added six articles that were even more rigorous against foreign and more indulgent to domestic wine traders.

Wealthy wine traders, such as Kaiser, Ornig, Fürst and Osterberger families continued and expanded monastic tradition of wine production and trade. In the 18th and 19th centuries they owned the vineyards in Haloze, Central Slovenske gorice region and in the area of Ljutomer and Ormož. Also Austro-Hungarian nobility had their wine cottages and summer residences built upon the picturesque slopes of Haloze and Slovenske gorice. Wine traders were the richest among town dwellers thus their significant influence upon overall development, culture and also on town management. For example, Josef Ornig, the owner of Ptuj wine cellar was also a mayor of Ptuj from 1894 to 1918.

Wine from Ptuj area was not renowned and appreciated only within Austro-Hungarian Monarchy; it was also exported to other continents. The excellent wines of this area were regularly winning the highest prizes and acknowledgements at the exhibitions and competitions in Paris, Vienna, Graz and in London.

A greater part of beauties and riches preserved in Ptuj historical centre to this day came into being owing to wine and wine trade.

Ornik’s cellar, a cultural monument of national significance, keeps the “Zlata trta” wine, vintage 1917, which is the oldest preserved wine in Central Europe.

In Ptuj and its surroundings wine production was very significant even in a more recent history. In the then socialist economy Sauvignon was especially appreciated as well. In 1969 the first trade mark of Slovenian wines was conferred to none other than Sauvignon of Ptuj, entitled Rimljan Anno 69, vintage 1968. Visual design of trademark was based on depiction of Roman ceramic model for festive bread that was found in the territory of Roman Poetovio and that features Bacchuss with grape vine. In this period the sort Sauvignon was finally domesticated.

Sauvignon started to flourish with the birth of the independent Slovenia, which is confirmed by a number of the highest acknowledgements from the most prestigious wine competitions worldwide. Nowadays Sauvignon from Ptuj area enchants the wine lovers on all continents. 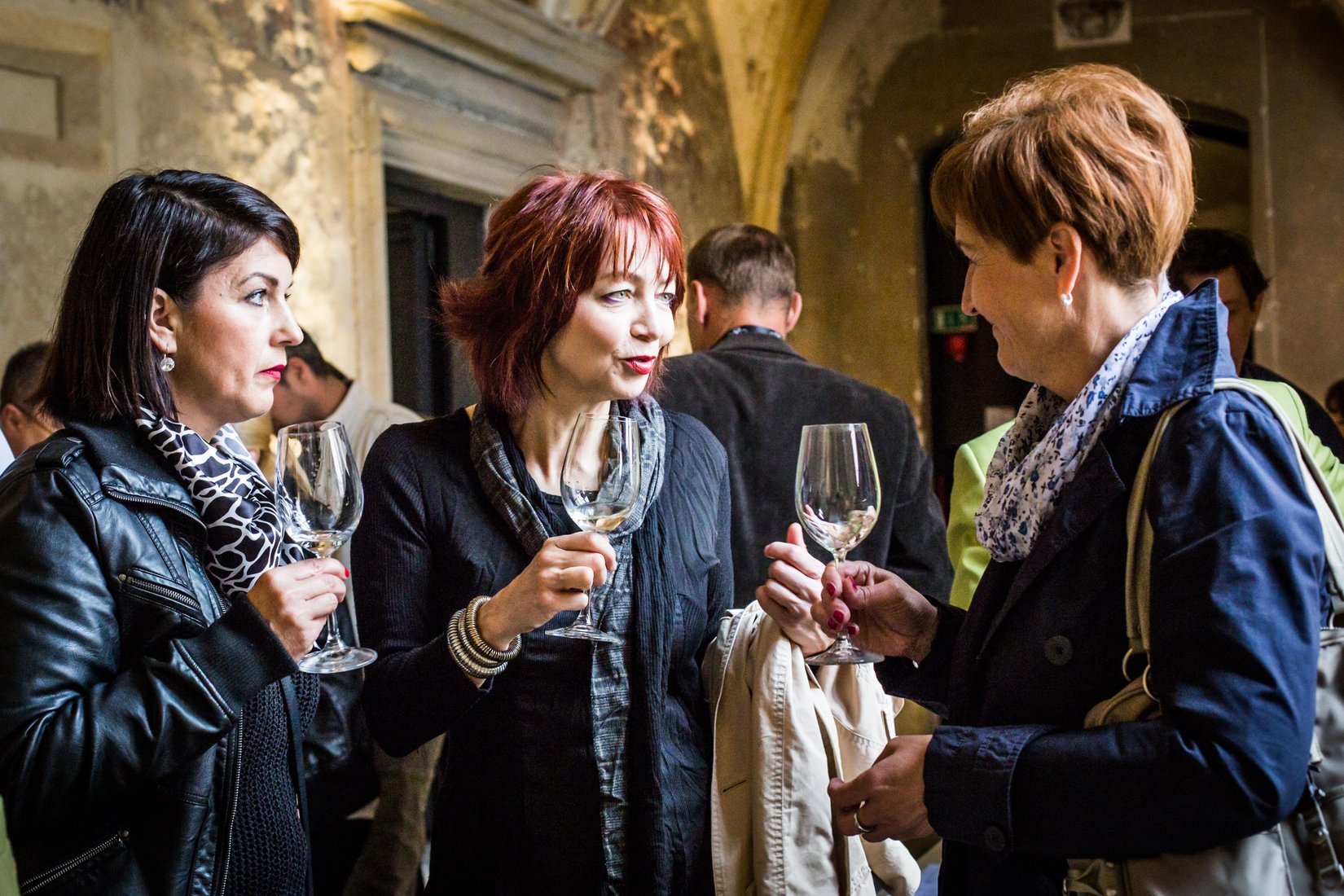 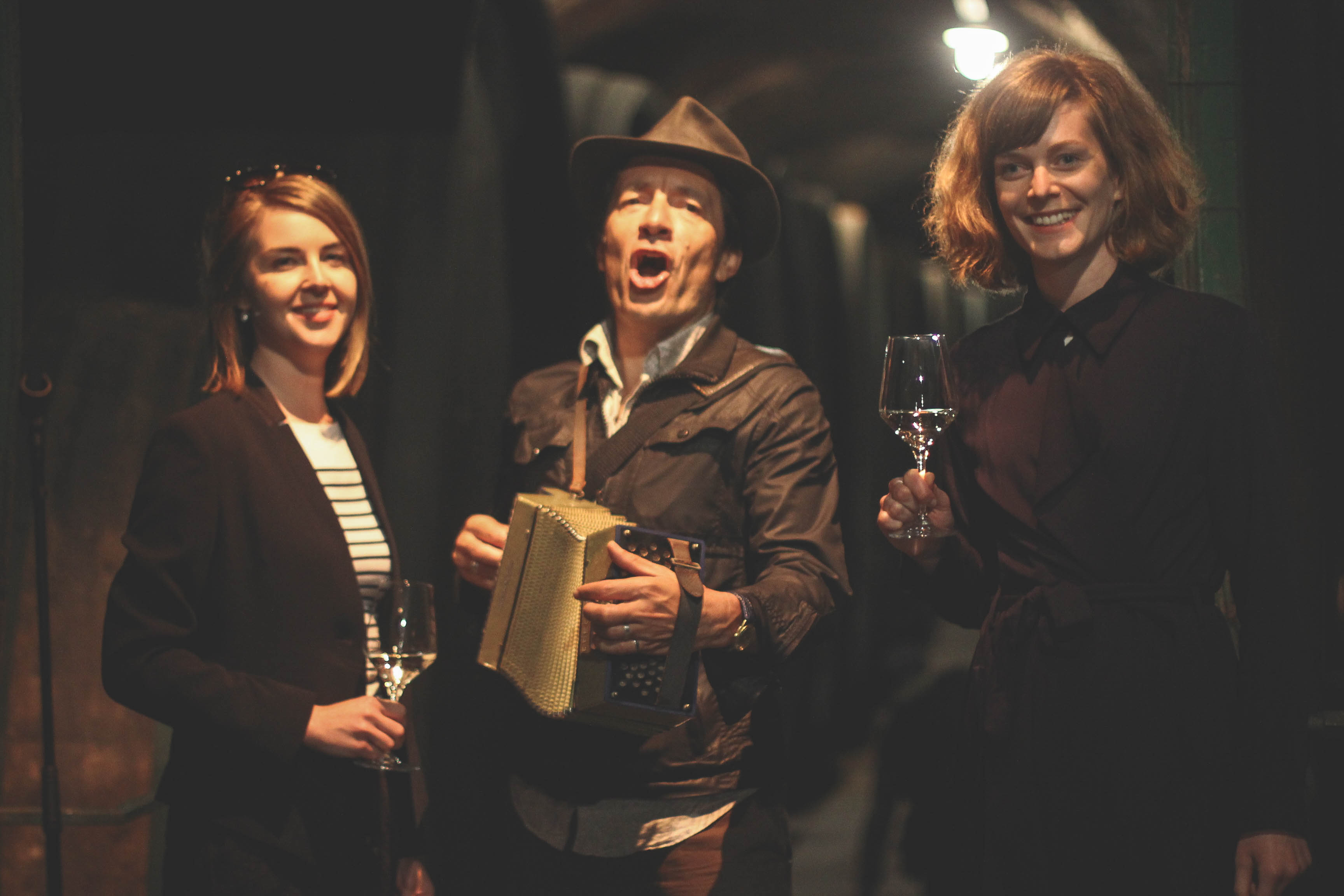 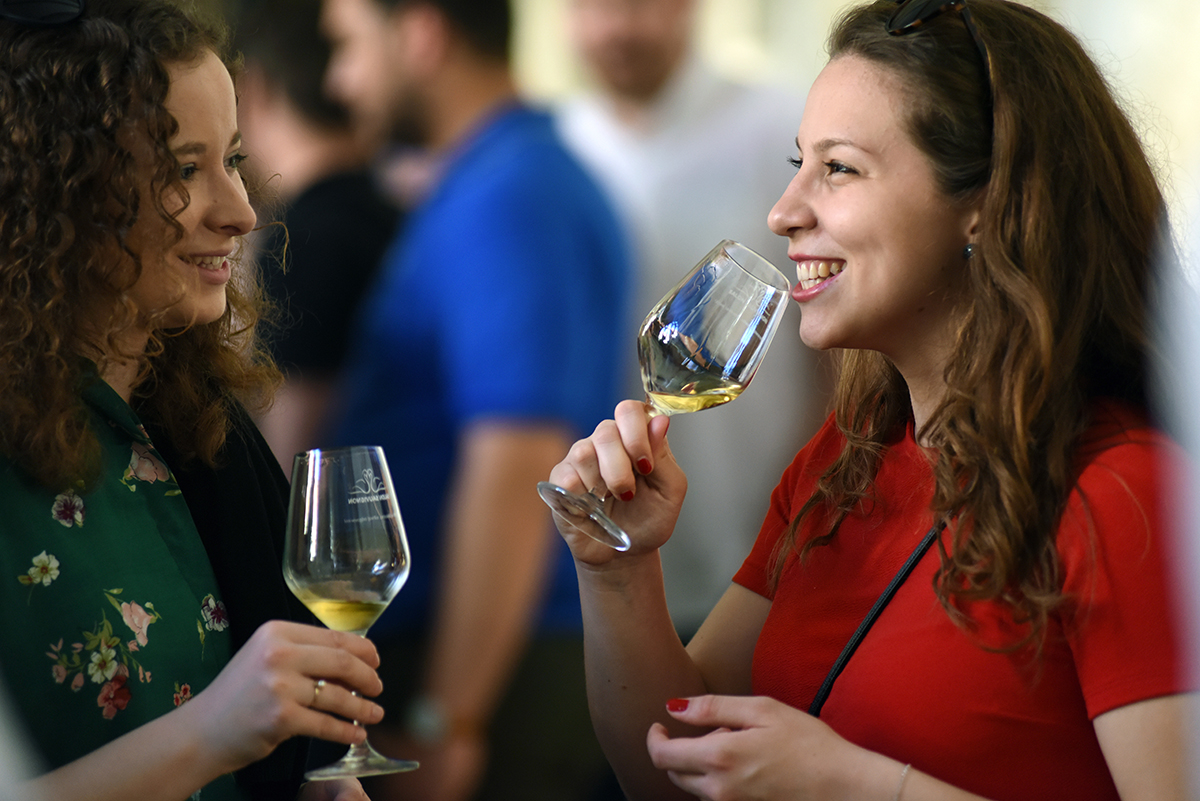